Everyone who trains hard would love to increase endurance and drop body fat down.  There are so many options available in supplement stores that claim to do both. But the reality is you are just wasting your hard earned cash.  The good news there is a drug that was developed that was found to actually burn fat and cause a steep rise in endurance called Stenabolic (SR9009).

A man named Thomas Burris, who worked as a professor at the Scripps research institute, is credited with experimenting with Stenabolic (SR9009).  He wanted to create a Rev-Erba agonist drug and published his findings in the Journal of Natural Medicine.  The research hit on animal studies where the subjects had a marked improvement in their endurance and fat loss.  The drug was never FDA approved. However, that hasn’t prevented athletes from getting their hands on it to help them get an upper hand on their peers.

In conclusion, Rev-erb-α is a major physiological regulator of mitochondrial content and oxidative function. Thus, pharmacological activation of Rev-erb-α may be a promising approach for the treatment of skeletal muscle diseases with compromised exercise capacity.

Our bodies have something called Rev-Erba, which is a natural molecular structure.  This controls lipid metabolism and glucose in the liver, stores fat cells, and cycles out dying cells.  If you are lacking in Rev-Erba you are more likely to have issues with cardio, metabolic activity, and muscle activity.

As mentioned already, Stenabolic (SR9009) is an agonist of Rev-Erba. An example of how much of a difference activating this Rev-Erba makes is that:

Rodents that were given Stenabolic (SR9009) increased their running and distance times by 20-30%.

Another thing that studies showed is that the rodents went from being out of shape couch potatoes to athletes. It was almost as if the non-athletic rodents in one part of the lab were switched with professional fitness stars without the scientists knowing.  The reason is Stenabolic (SR9009) caused gene expression to be changed. Thus old mitochondria cells were cycled away and replaced with better ones.  This finding was phenomenal because it truly shows you how powerful of a performance-enhancing drug it is.

Our observations that the REV-ERB agonists increase energy expenditure decrease fat mass and plasma TGs and cholesterol suggest that these compounds may hold utility in the treatment of metabolic diseases.

Chapter 3. How it can help you

Skeptics might say humans are not rodents so these results won’t happen with us.  Actually many people have been using Stenabolic (SR9009) for the past few years. And they have reported incredible fitness benefits very quickly after using.

Let’s start with the fat loss benefits because that is something 99% of us would love to experience.  First off, those of you who are overweight probably have tried taking fat burners. And I bet 100% of the time your results were poor. I also am willing to bet you felt like crap on them and your heart health suffered.  This is because fat burner supplements DO NOT WORK. They just strain your body and destroy your sleep and heart health.  You end up in worse shape than before because the products are loaded with caffeine and other stimulants.

The nice thing about Stenabolic (SR9009) is that even if you are overweight, it is still safe to use it because it is in no way a stimulant.  On the flip side if you are lean, an athlete, or just a normal joe you can still use it and lose body fat safely.

The way it helps you lose fat is by forcing the body to get rid of fat that is stored due to glucose uptake and bringing in healthier mitochondria.  It also causes a rise in metabolic rate.  Both properties will lead to fat loss even in a rested state, and if the person does exercise the results are exponentially better and better.  This is great for those who want to get the most out of their workouts.

Another great thing it has shown to do is help with cholesterol.  This is another reason why those who aren’t in the best shape should choose Stenabolic (SR9009) instead of a fat burner supplement.

Stenabolic (SR9009) is an absolute weapon when it comes to boosting endurance and the cool thing is it doesn’t matter if you haven’t exercised in a long time or if you are someone who jogs every day.  In both situations, you will reap the benefits.

Just imagine opening up the hood of your car and replacing your V4 engine with a V8 engine.  This is what happens when you use Stenabolic (SR9009).  You will now be able to push harder, for longer.  The reason is when this drug is in your system you will have greater exercise capacity and your heart rate will not accelerate as much as before doing the same intensity.  For example, let’s say you were to go on the track and sprint 800 meters (1/2 a mile) in 5 minutes and you reached 90% of your maximum heart rate and felt winded.

Then you started taking Stenabolic (SR9009) and after a week or so you did the same thing.  You would be able to run that same distance at the same time, while only reaching 75% of your maximum heart rate. Your body did not have to push as hard to accomplish the same cardio, hence making any sort of exercise so much easier with the same end results.  Now if you were to take things further and push yourself back up to 90% of your maximum heart rate. I bet you could easily knock 20-30 seconds off your 800-meter time.  That is the magic of Stenabolic (SR9009)!

Chapter 4. How to stack

Stenabolic (SR9009) can be run by itself or stacked with just about anything.

A popular cutting stack would be using it with 50mgs a day of Winstrol.

A great endurance option would be stacking it with Equipoise at 300-400mgs per week along with 20mgs of Cardarine (GW501516).

If you want to use it in a SARMS (selective androgen receptor modulators) stack you can add in 10mgs of RAD140 (Testolone) and 10mgs of LGD (Ligandrol /Anabolicum) for a great recomposition cycle.

A lot of guys also love using it with Trenbolone because it offsets the negative endurance sides of that steroid.

Most of the information out there on Stenabolic (SR9009) dosing is simply not accurate.

Luckily I will show you the best way to run it.

Because the half-life is only about 4 hours. You want to run this drug primarily pre-exercise at 5-20mgs each time, not exceeding 30mgs total per day.

For example, if you do morning cardio at 9 am, take your dosage at 7 am.  If you weight train at 5 pm, then take a dosage again at 3 pm.  And if you have sex with your partner at 9 pm, take a dosage at 7 pm.  If you don’t do any exercise this particular day then simply do not use it.  This makes more sense than spacing it throughout the day. Because it has a sharp increase in active life within 2 hours of taking it, then it quickly leaves the system.

Stenabolic (SR9009) is in no way hormonal, androgenic, or estrogenic.  It is safe for both genders.  As mentioned throughout this article it is also safe for those who are overweight to use.

Chapter 7. Where to buy

Research chemical companies have been selling Stenabolic (SR9009) for several years.  However you must be careful whom you buy from, because many will spike their products with clenbuterol or prohormones.  Luckily Sarms1.com and esarms.com sell the legitimate product, please see their website. 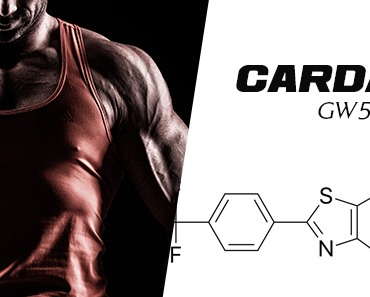 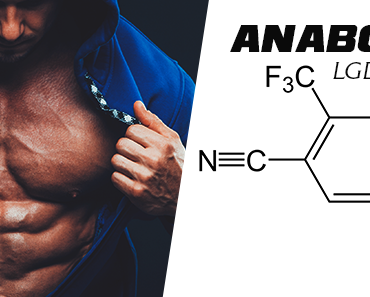 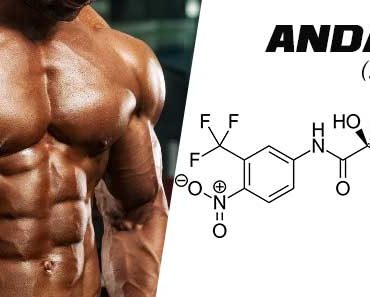