Dianabol (Dbol) is considered the most popular and well known oral anabolic steroid used by fitness athletes.  It is also is one of the rare steroids that were created to specifically benefit those trying to dope for sports.  Some of this steroids synonyms include Methandienone, Methandrostenolone, Methandrolone, Dehydromethyltestosterone, Methylboldenone, and Perabol. Around the gym, you probably have heard it mentioned by the old school perma-bulkers as their favorite steroid of all time, and they may refer to it simply as ‘D-bol’.

If you have ever watched the 4th Rocky movie, you may recall the plot of how Americans and Russians were trying to beat each other at sports.  After the 2nd World War, both countries were rivals trying to spread their idea of ideology and way of life around the world by beating each other in ways other than an actual war.

This concept was known as the “Cold War” because no shots were ever fired, although missiles were aimed at each other the whole time.  An example is during the 1960’s competing to see who would put the first man on the moon, and then the miracle on ice where the United States shocked the Russians in hockey.

This absurd obsession with beating each other is what inspired Dr. John Ziegler, who at the time was an American Olympic doctor, to come up with an oral steroid that his athletes could use to keep up with the Russians.  This is how Dianabol (Dbol) was developed by Ciba Pharmaceuticals.

During the 1970’s golden age of bodybuilding, many of the most famous bodybuilders including Arnold Schwarzenegger would use Dianabol (Dbol) daily to keep their muscles full and get incredible pumps.  Although it would be made illegal in later years, today it is still sold on the black market and one of the cheapest steroids in existence.

Chapter 2. Background on the steroid

Dianabol (Dbol) has historically always been produced as an oral in tablet form.  However, some underground labs now sell it in capsule or liquid form.  It has a 150 to 50 anabolic to androgenic ratio, compared to 100 to 100 for straight Testosterone.

The idea behind this steroid was so that athletes could avoid the taboo of injecting steroids, so the developers simply took Testosterone and added a double bond to the carbon positions 1 and 2, as well as a 17th carbon position methyl group to make it hepatoxic (so the liver would not destroy the drug).

Chapter 3. How it can benefit an athlete

Dianabol (Dbol) will enhance protein synthesis, inhibit hormones that break down muscle, and increase nitrogen retention quite drastically.  It works very quickly due to its short half-life, so you will begin seeing results within the first 7-10 days.  One of the first things users notice is a boost in mood and appetite outside of the gym, while in the gym they notice incredible pumps and very pronounced strength improvements.

The muscles will appear fuller and larger, although it will not give the person a hard or vascular look.  If you are looking for a steroid that will move the scale upwards in a short time, Dianabol (Dbol) is your answer.  Users will report a weight increase of 5-10 pounds in the first 1-2 weeks on this steroid!

Dianabol (Dbol) is legendary for giving you sensational pumps while working out.  It will feel like your muscles are about to explode and you can increase this sensation by doing high repetition workouts to failure.

Chapter 4. The king of estrogen

Although estrogen is a female hormone, we still need it as men to function correctly.  However, we don’t need TOO MUCH of it.  When you take Dianabol (Dbol) it will quickly aromatize into estrogen in the body which can result in a lot of water retention/bloat.  Back in the 1970’s and 1980’s, this was a major problem because at that time we did not have access to aromatase inhibitors that could block or disable estrogen conversion.  Many guys struggled with side effects so they learned to limit the dosage and duration of the steroid, especially ahead of a competition.

Today we have access to very potent aromatase inhibitors like Aromasin, Arimidex, and Letrozole which should be used in conjunction with Dianabol (Dbol).

Dianabol (Dbol) has a half-life of 5 hours so you should dose it 2-3X per day.  The detection time is 5-6 weeks so if you are a tested athlete you need to stop it 2 months ahead of your test to be safe.

Dianabol (Dbol) dosage should be capped at 50mgs per day total, although a dosage of 10-30mgs a day is plenty for excellent results even when run by itself.

When used in a stack there are several ways to use it:

For those who choose to avoid needles. I recommend using it at 10-20mgs per day along with 10-20mgs a day of Turinabol.  This gives you a nice yin and yang effect of a wet compound and a dry compound.

Use it in any long injectable cycle as your kickstart. Because of its fast acting nature for the first 4-6 weeks.

If you are trying to set personal records for strength or mass. You can use it with Testosterone 300-500mgs per week or Trenbolone 200-400mgs per week for excellent results.

Use it alongside a mild injectable like Equipoise or Primobolan at 500mgs a week. Because it helps give the cycle a nice androgenic kick.

Although there are a lot of beautiful things about Dianabol (Dbol) it does come with side effects.  I already touched on the estrogen issues which can lead to bloating (moon face), gynecomastia, high blood pressure, and insomnia.

There are also androgenic side effects like heart strain, prostate enlargement, and aggression.

Also, since it is a hormone you will suppress your pituitary glands while on it. Therefore, a full post cycle therapy is necessary.  Finally, remember it is liver toxic so a liver aid like N2guard is mandatory.

There has been some talk on forums:

“You can use Dianabol (Dbol) between cycles as a bridge and it will not cause any suppression.”

This idea is a myth and has been proven through blood work to be not only false. But also very dangerous.  You should never use it during post cycle or a bridge.

It is not recommended that females use Dianabol (Dbol).

Chapter 10. Where to Buy Dianabol

Dianabol (Dbol), as mentioned earlier, is one of the cheapest steroids to acquire and is sold by just about every underground lab.  Since it is so inexpensive to manufacture it is rarely faked, even so, make sure you are checking our forums at evolutionary.org to find an approved source. 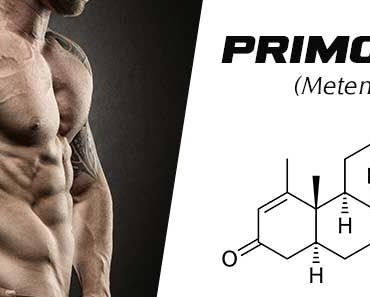 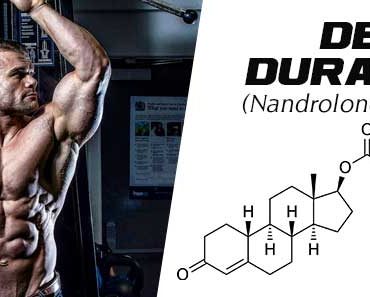