Oxymetholone, popularly branded Anadrol, is a very potent oral anabolic steroid. It has built a reputation in the bodybuilding world due to its incredibly strong anabolic abilities which are 3.2X that of straight Testosterone.  It is a unique steroid, due to its interesting properties, including the ability to still affect estrogen without aromatizing.

Anadrol (Oxymetholone) was developed during the 1960’s by pharmaceutical companies including Zoltan, then later Park Davis and Syntex.  It was used to boost red blood cell count in those who were anemic, fight off muscle wasting, increasing appetite and helping to strengthen bones.  Today it is rarely prescribed in the United States for those with anemia, due to advancements in medicines which have far fewer side effects. Some around the world may use it for diseases such as AIDS due to its price.

Anadrol (Oxymetholone) is considered one of the strongest oral anabolic steroids out there.  It has a 350:55 anabolic to androgenic ratio.  These numbers may or may not translate to real life, however, and anyone who has used it will admit it is far more androgenic.

Pharmaceutical companies have created it in 50mg tablets.  Underground labs have followed suit sticking to 50mg, however, I have seen in recent years some labs offering it in liquid form.  Those who wish to use a smaller amount and have tablets available will need to cut them with a pill cutter.

Chapter 4. The science behind it

Anadrol (Oxymetholone) is unique in that it is a DHT (dihydrotestosterone) derivative.  The creators also added something called a 2-hydroxymethylene group which makes it much more anabolic than other DHT’s such as Proviron, Masteron, or Winstrol.  Another interesting tidbit is that it cannot aromatize into estrogen, however, it still can affect estrogen metabolism which can lead to estrogenic side effects.  This makes it a tricky steroid to use.

Overall Anadrol (Oxymetholone) works at promoting strength, mass, and boosting protein synthesis especially when the user is consuming protein and carbohydrates.  It is great at boosting red blood cell count very quickly, providing the athlete with more of a performance boost in the gym.  It does this by stimulating a hormone called erythropoiesis.

Users have reported explosive gains on Anadrol (Oxymetholone) and it can literally change your physique in a short time frame.  The best reviews have come from those who want to put on a lot of mass and strength because of what it does in the body and also its ability to increase appetite.  Due to these factors, it isn’t a steroid for those who want to cut down, as I can tell you from personal experience I could never stop eating on this stuff.

Overall you can expect to gain 10-20 pounds of overall mass in just 4-6 weeks on this steroid.

Anadrol (Oxymetholone) has a short half-life of 8 hours, along with a long 2 month detection time making it a poor choice for those who are tested.

Anadrol (Oxymetholone) is very powerful and I do not see any reason to run it at high dosages.  You can get outstanding results on a 25mg-100mg a day dosage.  The sweet spot though is 50mgs a day which is 1 tablet.  Some users will split the dosage into morning and evening or take a dosage 2 hours prior to weight training.

You can most certainly achieve fantastic results using it by itself and stacking is very tricky because of the increase in side effects.  If you choose to stack here are some smart ways to do it:

Stack it will mild anabolic steroids such as Deca Durabolin, Primobolan, Equipoise or SARMS.  A good idea for a run is using it at 25-50mgs per day as a 4-6 week kickstart to one of those cycles.

Do not stack it with androgenic steroids like Trenbolone or Testosterone at high dosages.  I would not exceed 200mgs of either with it and be flexible where you drop the dosage if sides get too great.

Do not stack it with DHT (dihydrotestosterone) derivatives like Winstrol or Masteron as it will lead to severe side effects.  Those that have attempted to stack Winstrol with it have had major problems with head hair loss.

Do not stack it with other steroids that are harsh on the liver.  I’ve seen blood work from people who thought it was a good idea to stack it with another oral and their liver values were in the 100-200 range.  This can cause jaundice like issues.

Do not use for more than 6 weeks, with 4 weeks being the average time on.  The longer you use it and the higher the dosage, the more side effects will multiply.  Be smart about your usage and do not abuse!

I can produce an article by itself on all the side effects with Anadrol (Oxymetholone) because there are many. It should most certainly NOT be touched if you are a female. Or males who do not have a lot of experience using steroids.

Estrogenic side effects such as gynecomastia, water retention/bloat, and insomnia are possible with it since it does affect the estrogen receptors. This is very hard to manage since it does not aromatize into estrogen, so an aromatase inhibitor will not help.

Androgenic side effects like insomnia, heart strain, anger, aggression, and mood swings are common here.  They can be managed by using a sensible dosage.

Liver toxicity will occur since it has a 17th carbon position structural change. Hence it is a 17alpha alkylated oral steroid.  Using a good support supplement like N2guard will help here since it contains TUDCA and milk thistle.

Finally, if those side effects were not enough. It also comes with DHT (dihydrotestosterone) side effects which include head hair shedding and enlarged prostate.

Chapter 9. Where to find

Anadrol (Oxymetholone) is readily sold by almost every steroid dealer and is not expensive to find. 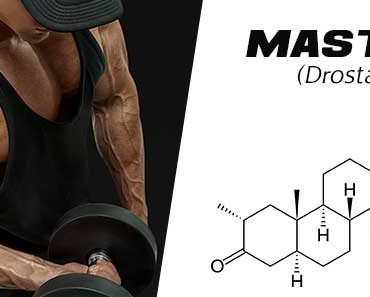 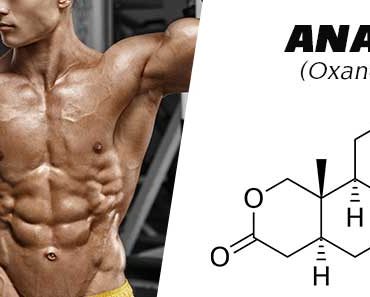